John is currently being researched. At his son, Adam's baptism in 1823 at Kilmarnock, Ayrshire, Scotland his profession is stated as Miller.

Adam's family fractured in Scotland for reasons yet unknown and may have been the second family member to emigrate to Australia. Shortly before leaving Scotland, he married Charlotte Cameron in 1851. She died not long after arrival:

Adam's second marriage was to Elizabeth Keppie in 1854 at Paterson NSW where they raised their family of 10.

Adam followed in his father's profession as a Miller and advertised in the local newspaper of 1853:


'Superior Fine and Second Flour for Sale, always on hand, at Maitland Prices.
Cash given for fine samples of Wheat at the Mill.'
Adam was associated with Black Creek Steam Flour Mills and later owned Paterson Steam Flour Mills.
In 1853, his father in law, Peter Keppie joined him in business:

'Wed 2 March 1853
Paterson Steam Flour Mills
Important to Farmers and others
ADAM MATHER
...begs to inform that he has admitted Mr. Peter Keppie, of the Paterson, as Partner;
and the business of the above mill will be carried on under the firm of Mather and Keppie.'

Adam was to receive a fairly substantial inheritance of 5000pounds but unfortunately died suddenly in 1870 at Paterson NSW. At the time of his death he was connected with the flour mills at Morpeth NSW.

Peter and Elizabeth Keppie sailed from Scotland in October 1839 aboard the 'Portland' with their two children. Elizabeth was 4yrs old and James an infant. The eldest child of the family, Margaret had died in Scotland earlier that year.

Elizabeth was left to raise her large family after Adam's sudden death in 1870. Shortly after his death she moved to Singleton NSW and carried on a business there for some years with the assistance and advice of her two brothers, William and John. She married Henry Pinchin in 1877 and they established a boot and shoe business as well as a cordial factory in Singleton.

Elizabeth and Adam Mather's youngest son, Alexander, took over the cordial factory at Singleton in 1902. He was also a radio broadcaster on 2HR Singleton which opened on 6 September 1937.

Alex Mather and Sons Cordial Factory was a successful business which began when Singleton was struggling as a township and the Municipal Council was only a decade old. Alex built the business into one that was known far and wide for it's products. After Alex's death in 1938, his eldest son, James, took over the management of the business. His brother, Alexander Mather Jnr, was a partner. In 1904 production was limited to 50 dozen bottles of cordial an hour, but with the introduction of automatic machinery in 1961, production increased to 240 dozen bottles an hour. Four generations of the Mather family operated the business until it's sale in May 1976. The cordial industry was of great benefit to Singleton.

Adam was the third child of Adam and Elizabeth Mather born 1858 at Paterson NSW and died 1917 at Singleton NSW. Adam was a batsman for the NSW Cricket Team. His brother, Alexander, made glass cordial bottles in his honour which feature a cricket bat. They are on display at the Singleton Museum.

Adam was the licencee of Mathers Club House Hotel at Singleton from 1898 until his death. It was a meeting place for cricket buffs and also provided good times for the community.

After Lilian's death the Mather family contributed to the care of the children. Their son, Colin Thomas Carpenter, lived with Fanny Mather at Tenterfield NSW.

Looking for descendants of John Adam Mather and Fanny Walters/Waters who married in 1882 at West Maitland NSW. John, son of Adam and Elizabeth Mather was born in 1856 at Paterson NSW and died in 1912 at Glen Innes NSW. John and Fanny's children were Elizabeth, John, Laurel, Adam and Albert.

Alfreda (Freda), daughter of Adam and Elizabeth Mather was born in 1868 at Morpeth NSW. She married Alfred Waterford Tinkler in 1897 at Singleton NSW. Alfred was a son of Usher Tinkler and Ann McDonald. Alfreda and Alfred both died at Cessnock NSW. 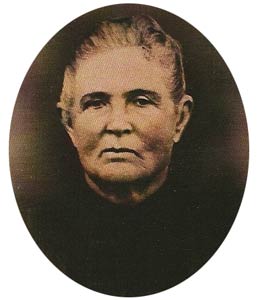